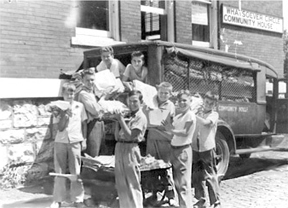 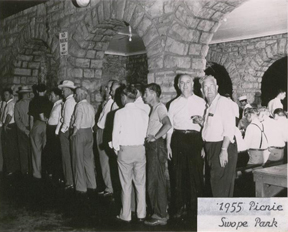 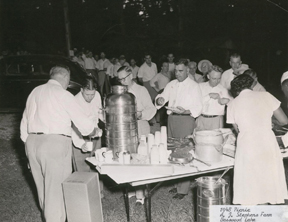 Founded in 1920 by area businessmen wishing to develop and promote the welfare of the Blue Valley district, the Blue Valley Industrial Association (originally the Business Men’s Club) has provided leadership in the area for 90 years.

The BViA has had a positive impact on economic development, infrastructure, recreation and education in the Blue Valley.  One of the organization’s earliest successes came in 1921 when night school classes and a community library at the old Jackson School, located at Twelfth and Ewing, became a reality. The BViA also supported the development of the Metropolitan Junior College in 1965 to provide vocational training.  Other BViA successes in the area of economic development and infrastructure include the creation of Manchester Trafficway in the mid-1920’s; the Truman Road viaduct over the Blue River, and the Twelfth Street Bridge over the river that provided better access to the area.

In the 1920’s, BViA members created Sheffield Park. Later, the association was instrumental in the development of the Blue Valley Park. The BViA also played a part in the creation of a YMCA branch at Twelfth and Bennington.